Field Keeper perimeter security software is developed by NRJ Soft Ltd. and it is working together with controllers from the NRJ Base series, as well as with Paradox and Texecom security systems. The main purpose of the product is to provide reliable security for your property - manufactory, agricultural land, solar parks and even your backyard.
The system provides protection against burglary and vandalism as it sends a series of notifications or activates an alarm when detects vibrations or a movement.

Field Keeper ensures high reliability of your security system due to the multiple support of different types of sensors, such as:

Any of these sensors can be connected to the security system controlled by our software Field Keeper. The images below show screens of the system that display violated zone in red. In addition, the system has option for alarm sound through computer speakers, activate sirens, send SMS notifications, display a real-time video signal from a camera associated to the respective zone and many more. 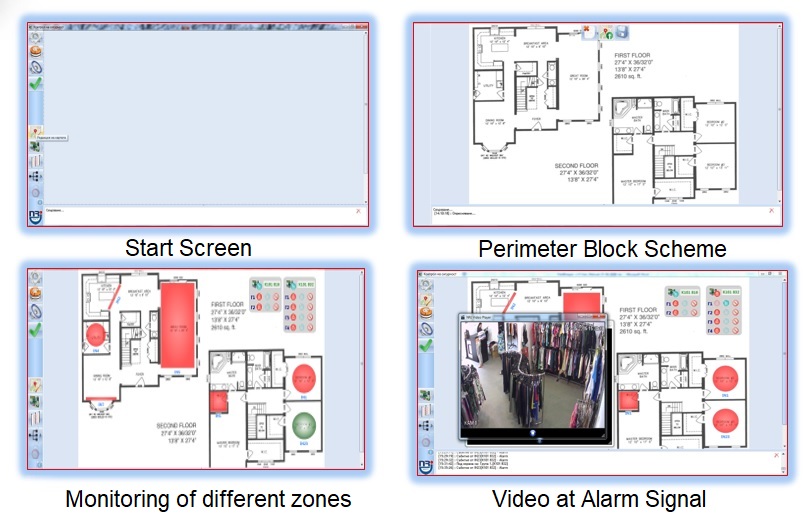 You know exactly where to send security guards!

Besides all notification methods mentioned above, Field Keeper could be integrated with a video surveillance system and control of remote and PTZ cameras. The software directs a preliminarily specified camera to the affected area part of the protected perimeter. Thus, in addition to real-time intrusion notifications, the user receives live video preview or recorded videos of the potential infringer, which could be used for analysis or even as an evidence afterwards.

Field Keeper perimeter security software also supports a detailed list of all events that have occurred, both alarm and system - perimeter violation in a given area, loss of connection with the controller and many others.


© 2021 NRJ Soft Ltd. All rights reserved!
Web Design & SEO by Zashev
Back To Top
<p>This website uses 'cookies'according to our Cookies Policy <a href="/en/cookie-policy"> "Cookies Policy".</a> By clicking the "Accept" button, you acknowledge that you have read and agree to it. </p>
Accept